He’s been in prison since 2001 and is likely to remain there another 5 years. By his own admission it was his egregious behavior that put him there and his time as an inmate has been difficult.

Prison changes a person; sometimes for the worse, and sometimes for the better. I hope you will appreciate his response after he received a copy of my new book, Generous Measures: One-Minute Lessons with a Lifetime of Value. 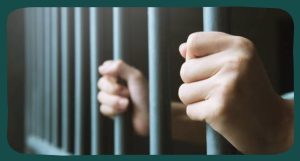 “A lifestyle of giving generously is not considered the norm or even healthy by other inmates in (a prison) environment. There is a saying behind these walls: ‘Inmates will mistake your kindness for a weakness.’ While some have taken advantage of my generosity, regardless of how small it may have been, I am convinced you can’t out give God. Giving generously doesn’t make sense to the miser, but it makes perfect sense to the child of God.”

His chaplain gave me permission to send 30 copies of the book for him to distribute to other prisoners. They were shipped the very next day, received two days later and promptly given away.

A friend who ministers at a women’s correctional center asked for 60 copies for ladies she teaches weekly. Each book was individually signed and inscribed with the inmate’s name.

Over 600 PDF copies (501 in English and 108 in Spanish) have been downloaded at no charge from our website (www.doorways.cc/generous). An additional 500 paperbacks have been distributed personally or in the mail. The book has been re-stocked on Amazon (one day it ranked #13 in books on Christian Stewardship…for a few hours…but it still made it there).

Sometime soon it will be available to nearly 8,000 Christian pastors and leaders in Latin America through the ministry of ISUM directed by my brother and his wife, Mike & Mona Shields. It’s being considered for translation and distribution in Arabic, French, Bangla, and Portuguese.

Be encouraged! It’s because of the faithful support of friends and partners of DoorWays® that we have had this opportunity to bless others. Thank you for helping us to touch many, many lives while reminding them that God blesses generous people (Proverbs 22:9).

We Have the Money to Help Ukraine

Things That Are Given But Never Sold