Where Did it Go?

Where Did it Go?

Financial accountability of ministries is important. That’s why I am taking the next few sentences to report on the funds we received for Ukrainian relief efforts. 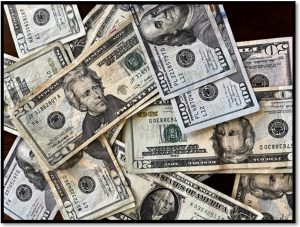 We hoped to raise $5,000 and DoorWays® committed to match that amount. To our surprise, we received much more than the amount we requested. So far we have distributed $34,500 to nine different ministries caring for Ukrainian refugees. Those ministries are:

I wish Vladimir Putin’s “Special Operation” would stop and refugees could return to their homeland. But entire cities have been leveled by Russian forces – homes and businesses have been obliterated and thousands of men, women and children have been killed and buried in mass graves. Even if they could return to Ukraine there is no going “home.”

Don’t allow the lack of interest by the media lull you into thinking there is no longer a war in Ukraine. Join me in praying for peace, restoration, and a harvest of many souls for the Kingdom of God.

Things That Are Given But Never Sold